During the campaign more than 3.6kgs of illicit substances, including methylamphetamine, representing more than $860,000 worth of illicit drugs, were seized by police and prevented from being trafficked throughout Australia and further afield. The Dob in a Dealer initiative also generated significant media interest, estimated to be valued at almost $7.5million. 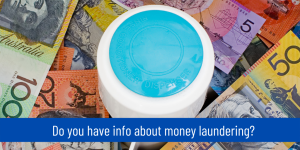